'NBA 2-K' And The NBA's Massive Extension: What It Could Mean For The Future 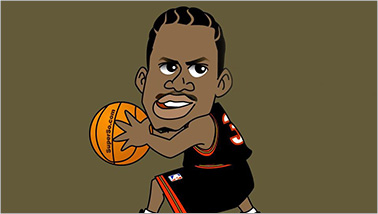 Get used to NBA 2K being the most dominant basketball video game in the world for the foreseeable future. The hoops series already had a stranglehold on the market with a superior product when compared to NBA Live, but the grip on the top spot got even tighter on Tuesday when the NBA, NBAPA, and 2K announced a new partnership extension that is reportedly a seven-year deal worth $1.1 billion.

“The NBA has been an outstanding partner throughout the history of the NBA 2K franchise, contributing significantly to its unparalleled success and the ability to grow its audience around the world across a myriad of platforms and offerings,” said Strauss Zelnick, Chairman, and CEO of Take-Two, per a press release provided by the NBA. “We’re thrilled to be in business with Adam and the entire team at the NBA, and enter into the longest-ever partnership extension between our organizations. Together, we’re confident that we will continue to find new and innovative ways to captivate and engage basketball fans, and expand further the success of the NBA 2K brand.”

The NBA 2K series has been around since 1999 when it debuted on the Sega Dreamcast. Over its 20-year existence, it has continually escalated in popularity, and last year's game, NBA 2K18 sold more than 10 million copies worldwide.
NBA 2K19 is the franchise's 20th Anniversary Edition and has been pacing impressively as well with more than a million copies sold in its first week.
“NBA 2K has become an important part of the NBA culture both for our players and fans,” said NBPA Executive Director Michele Roberts. “Kudos to THINK450 for successfully negotiating this extension on the NBPA’s behalf. We look forward to continuing this partnership with the League and Take-Two Interactive.”

The extension ensures the NBA and NBAPA will continue to partner and support 2K in the development of all of their hoops products, which includes the NBA 2K franchise, NBA 2K Online and NBA 2K Online 2 (40 million registered users in China), NBA 2K Playgrounds, NBA 2K Mobile and the two companies' joint venture, the NBA 2K League.

The latter is an eSports league played on NBA 2K, and the second season of the league is set to start this spring. The start of the league was a strong clue that the NBA and 2K had no intentions of parting ways anytime soon. Silver even referred to it as the NBA's fourth league along with the NBA, WNBA, and G-League.

One major question fans may have is: how will this affect EA's NBA Live series. This deal isn't exclusive like the NFL, and EA's contract with the Madden franchise. However, if the numbers are correct, 2K will be paying approximately $157 million per year for the license.

If EA is forced to pay the same amount to gain licensing privileges for NBA Live, will the publisher see that as a smart move? The cost could be a percentage of that because EA doesn't have as many NBA products under its umbrella. In any situation, it makes sense to project the price to keep the NBA and NBAPA license may have become more expensive with this agreement.

When you consider how much the Live franchise has struggled with sales, it's logical to wonder if EA would continue to invest the kind of money required to maintain the NBA license for an underperforming series.

The Live series is already fighting an uphill battle to carve a sustainable niche in the virtual basketball market. While it has improved steadily since 2013, Live is still clearly behind the 2K franchise, and this can't help matters.

The linkage between the NBA and 2K as it relates to the NBA 2K League is significant. It would appear the NBA is banking on the success of the entire 2K brand. Where does that leave the NBA Live series? Take-Two is making a considerable investment in this partnership, and you have to think there is more to gain here than another seven years.

“An entire generation of basketball fans engage and connect with NBA teams and players through NBA 2K,” said NBA Commissioner Adam Silver. “We are grateful to extend our partnership with Take-Two and the NBPA to build on the enormous popularity of the NBA 2K franchise and the continued global growth of basketball.” 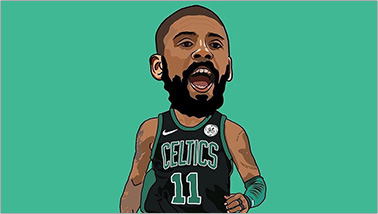 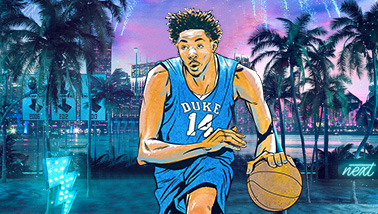